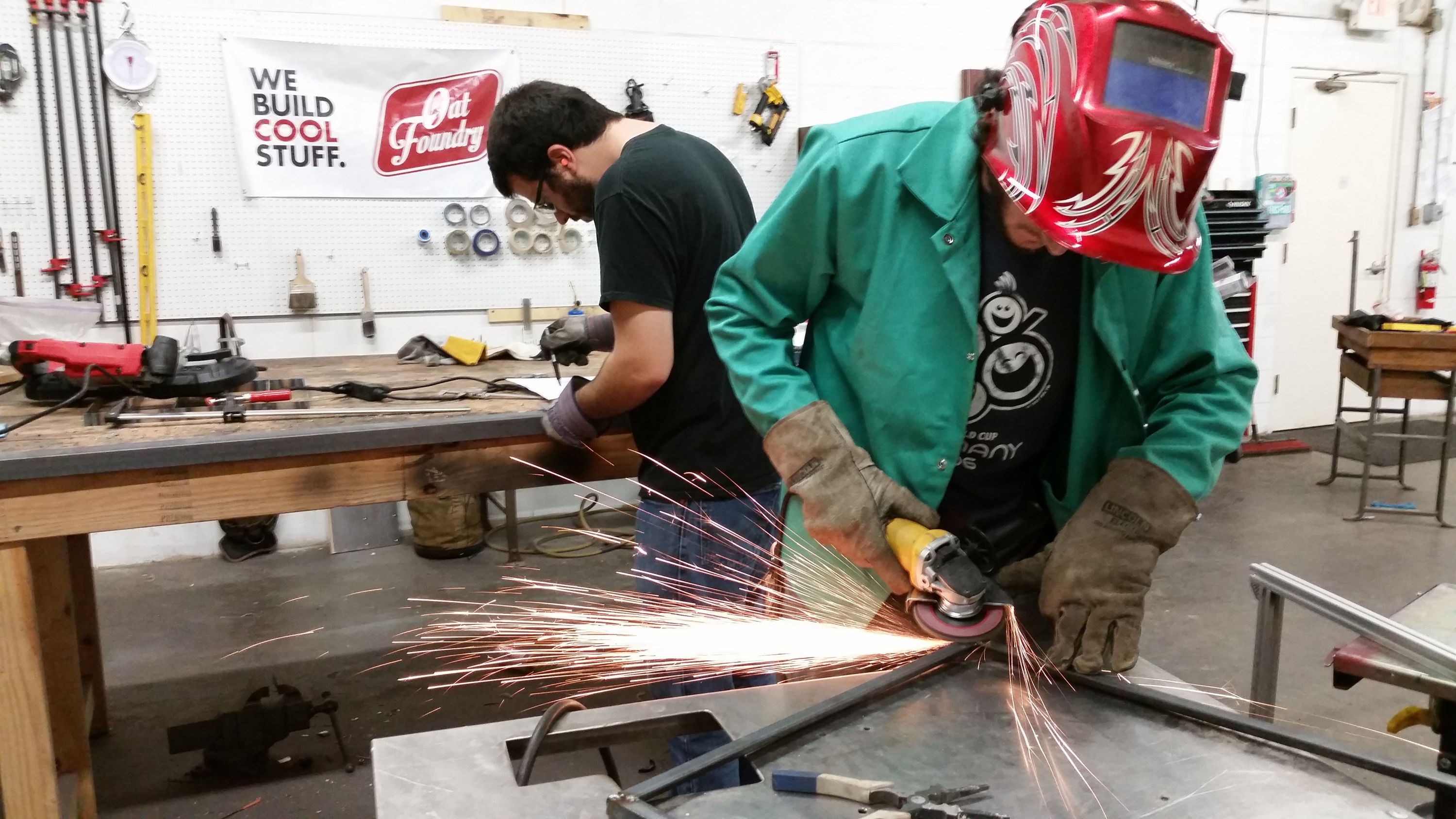 6 Engineers, a 3D Printer, and a Warehouse (CRED Magazine)

“When the six founders of Oat Foundry greet me, I can’t help but notice one of them is wearing an apron. After a series of firm handshakes, we sit down for homemade brunch. This warm welcome seems appropriate for a company that calls itself a “collective,” not a firm, and that prizes strong team ethos over individual, ladder climbing egos. We talk shop over scrapple, soft-boiled eggs, and French press coffee.”

“We realized that the project concept itself was less important than the team working on it,” says Kuhn. “We really wanted to have a dynamite team—and to do that, we had to draw on all of our individual strengths.” While most other engineering grads plowed ahead with job applications, the new six-man team stuck together. They formed an LLC, bought themselves a 3D printer, rented a 1,300-square-foot warehouse in Bucks County, and scrambled for contacts in all realms of the 3D printing world. The Oat Foundry sextet handles a minimum of three to five projects at once, including commissions from large companies, small-scale projects from individual hobbyists, and personal creative ventures. “Oat Foundry” itself is an anagram—a riddle, purposefully vague to encompass all the types of work they do and the exploration of the unknown.

Rapid prototyping and reverse engineering is the team’s MO. The more ‘out there’ the project, the more appealing it is to the crew. When a fan of model trains approached them to create a 3D model of an antiquated train, the group, who are by no means railway buffs, set off to analyze original blueprints from the Pennsylvania Railroad. And—voilà (well, it wasn’t quite that easy), the client had a miniature train built to scale.

“People will come in and shyly say they want to do this or that, followed by, ‘Is that even possible?’ We don’t ever ask that question. We just do it.”

The six individuals graduated college with robust résumés populated with internships at major engineering companies, the success of their senior capstone project, and pretty stellar GPA’s. Transitioning to full-time jobs with benefits and security would have been a cinch. It took great courage to branch out on their own. “We’ve all worked for huge companies—Lockheed Martin, Johnson and Johnson— but we wanted to focus our work on having personal relationships with clients,” says Rossiter. “Being really close to the customers, the clients, and the products themselves, is what makes our work unique and, in the end, makes us most proud.”

There’s a downside to being your own boss(es)—big risks could either mean big reward or big failure. “One of our mantras is ‘prototype early, prototype often,’” Kuhn explains. “You can come up with something and then fail at it a couple times, but you have to figure out the solution. It’s critical. The hard part is motivation. You have to motivate yourself to get up and get to work at 7:30 a.m. and stay until whatever project you’re working on is done.”