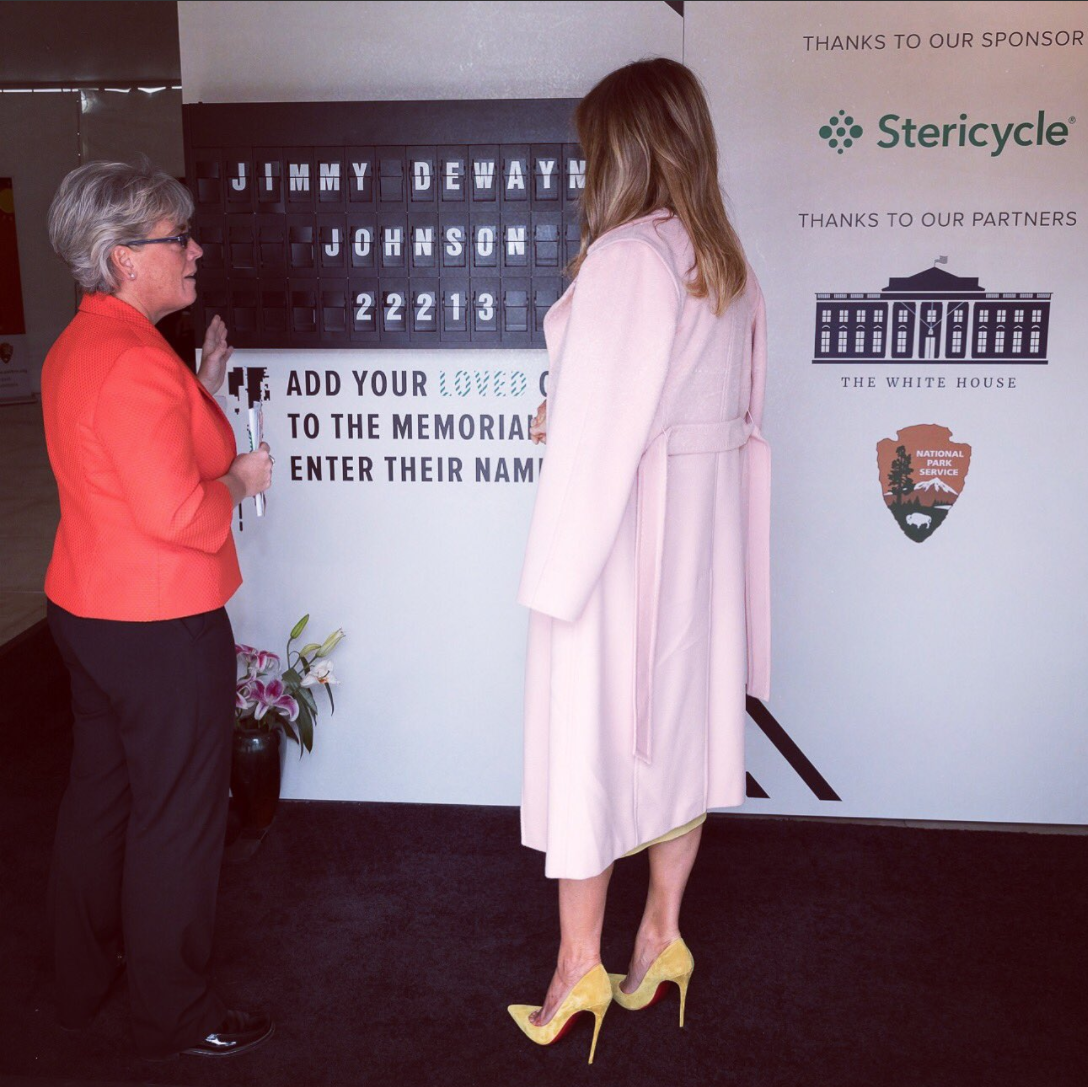 By Jeff NowakApril 25, 2018No Comments
Video by PETER LIPOMI AND ISAAC BLANCAS

In an attempt to end this persistent indifference, NSC launched the Prescribed to Death Memorial in November 2017. The Memorial, which includes a wall of 22,000 pills each carved with the image of someone who fatally overdosed in 2015, was on display in Washington, D.C.

As part of a partnership with the Executive Office of the President, the department of the Interior and the National Parks Service, the Ellipse in President’s Park at the White House hosted the Memorial April 12-18. NSC President and CEO Deborah Hersman addressed the media and visitors April 11.

Oat Foundry was honored to provide a Split Flap display to the exhibit. With a Split Flap, guests could add their loved ones’ name to the list of the over 22,000 honored in the memorial.