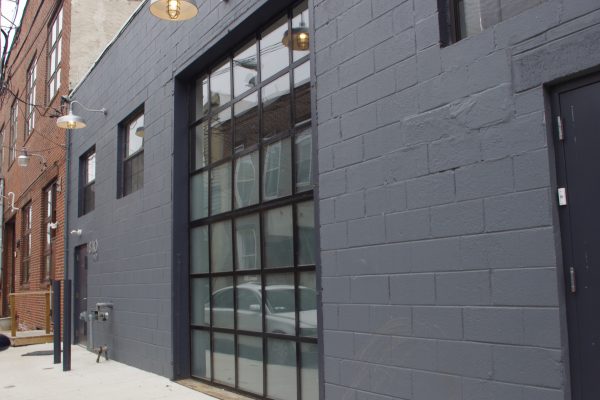 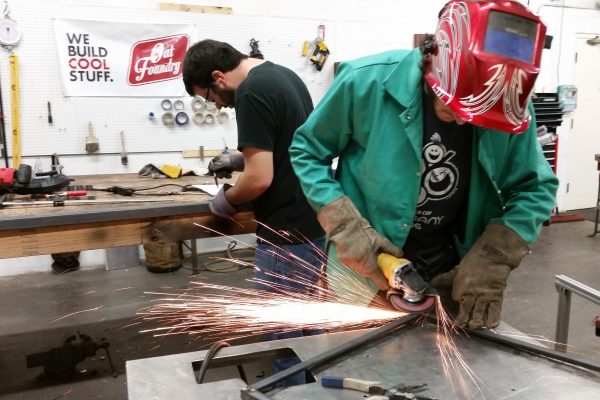 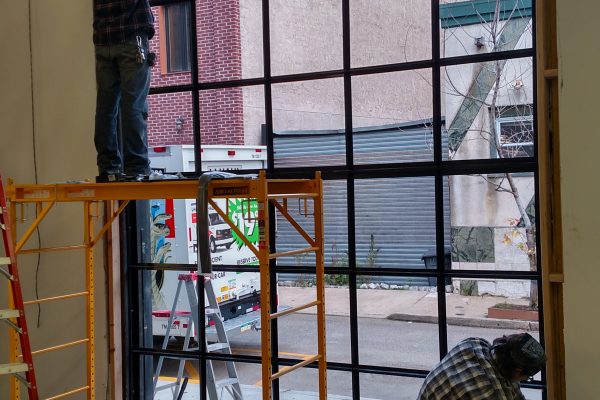 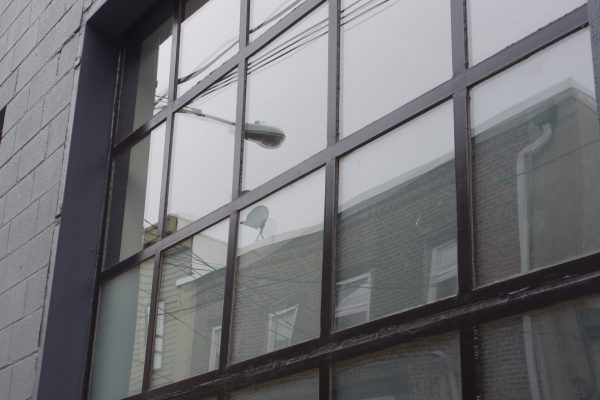 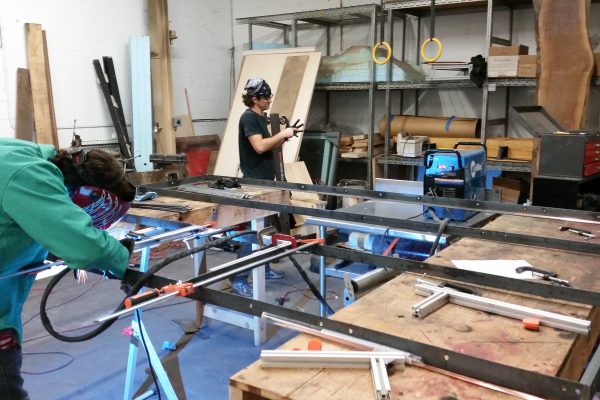 Pop! Promos came to Oat Foundry looking for some unique fabrication for their new location just outside of the Old City district in Philadelphia.  Pop! Promos began as an idea in a dorm room. In three years it has grown into a multimillion-dollar, full-service promotional products company with offices in three countries and a staff of more than 20 people. Its employees were previously working out of 2,000 square feet on Fourth Street in South Philadelphia, but were moving to a space three times as large and needed some custom fabrication.

Pop! Promos’ product line has grown, too, to 17 items in all, including woven beanies, lanyards, knit gloves with touchscreen sensors, iPhone chargers, and sticky wallets. The expansion has been in response to requests from clients, the majority of whom are promotional-product distributors whose customers include many Fortune 500 companies.

Pop Promos engaged Oat Foundry in late fall of 2015 to outfit their new headquarters, based in Northern Liberties. Turning the unfinished storage lot into a sleek office space, while leaving just a hint of its former self, required major design changes. To achieve this look, one of the major renovations was to knock out the overhead garage door in the rear of the building and replace it with industrial casement windows to let in more natural light.

Over the course of 2 weeks, Oat Foundry fabricated the new steel framing in 2 large grids, which were then tied into the existing steel framing. The casement windows were then glazed in place, each with individual angle iron sash frames. Timing was a sensitive issue during the install, which took place mid-December 2015; the existing garage door was knocked out at roughly 10 am that morning, and the breach in the building needed to be closed as soon as possible.

Within 18 hours, the Oat Foundry team had worked to fully install the frames, glaze, and seal glass, and applied security film over the bottom 2/3 of the wall. With this film, natural light would still be allowed to permeate the expansive, open-air co-working space, while also providing necessary privacy for a private business.