Honeygrow is about thinking different when it comes to their approach, their style + their people. Founded by Justin Rosenberg in Philadelphia in 2012, honeygrow brings people together over the highest quality, wholesome, simple foods. As a newly converted proponent of a plant-based diet and tired of the mediocrity in both food and experiences presented by many of the older + emerging fast dining options, Justin decided to leave the cubicle world, train in a fine-dining kitchen, and pursue a life that spoke to his passion: creating awesome things through the lens of nourishing foods.

This different approach pervaded into the way honeygrow wanted to interact with their customers to inform them when their order was ready.  Que Split Flap as a unique and nostalgic way to separate from the pack.  honeygrow prides themselves on being a team of creatives, from their product to their stores and tech in between.  After initially reaching out to Solari di Udine, the original makers of solari boards aka Split Flaps, honeygrow wound up at Oat Foundry, looking to take a fresh look on the decades old tech.  Oat Foundry helped honeygrow realize this vision from the ground up, outfitting all of their stores with their very own custom Split Flaps.

Honeygrow came to Oat Foundry initially with an operational problem that needed solving – they wanted to change the customer buying experience so that rather than listening for someone to yell out an order number when your order’s up, instead you could listen for the nostalgic flapping of a split flap display. The idea was unique, an old-timey solari board aka split flap display traditionally used to show departures and arrivals in train stations and airports repurposed for the fast casual atmosphere of your local honeygrow.

After being turned away from the only split flap manufacturers in the business, honeygrow came to Oat Foundry for the custom design. Starting from the ground up, Oat Foundry re-imagined the way a split flap display would work, updating the logic and internals for a more modern, connected sign that could interact more readily with its environment. Our engineers came up with a modular design such that each character can be swapped in and out of any sign for ease of manufacture and servicing. The printed circuit boards, modules, and sign itself are each designed and manufactured in house by Oat Foundry.

After building a proof of concept prototype, Oat Foundry set out to manufacture a limited run of commercially viable signs for all of honeygrow’s stores. The display itself interacts with honeygrow point of sale systems to automatically update order numbers. In addition, Oat Foundry also developed a content management system to allow for honeygrow to control the messaging on all of their signs from anywhere in the world via a web based portal. 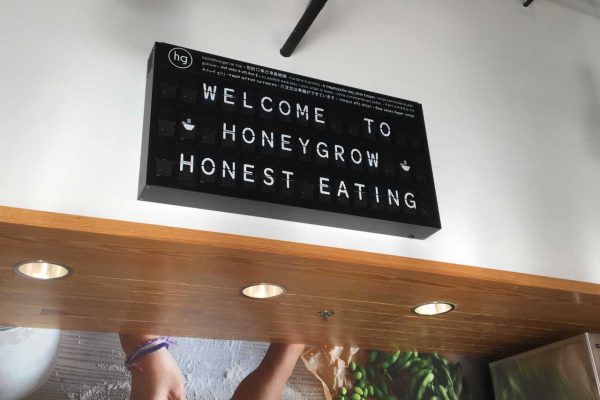 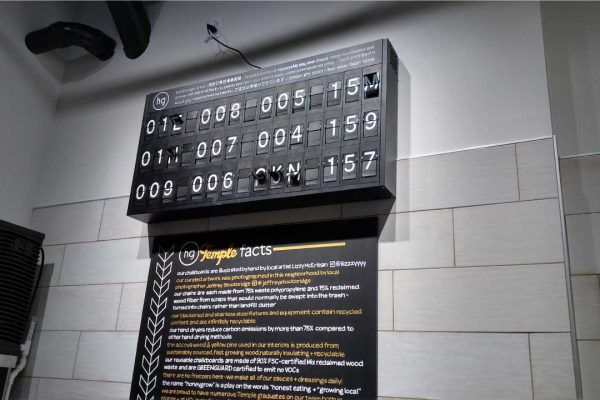 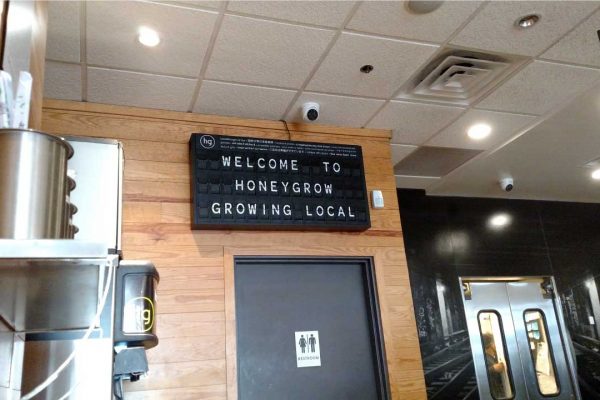 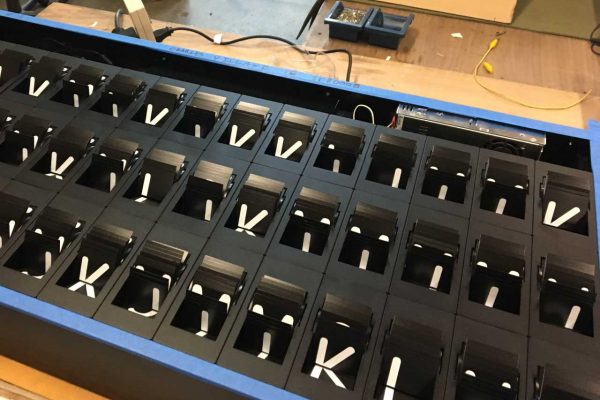 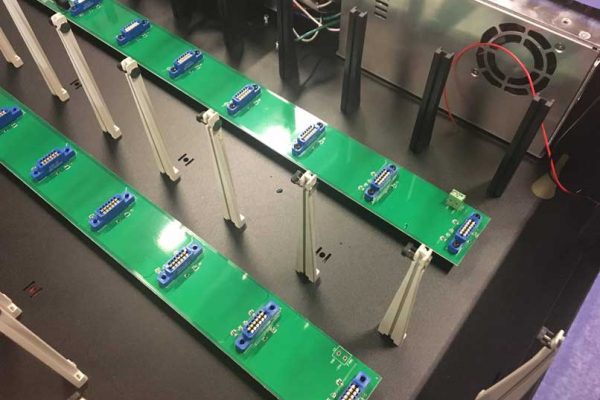 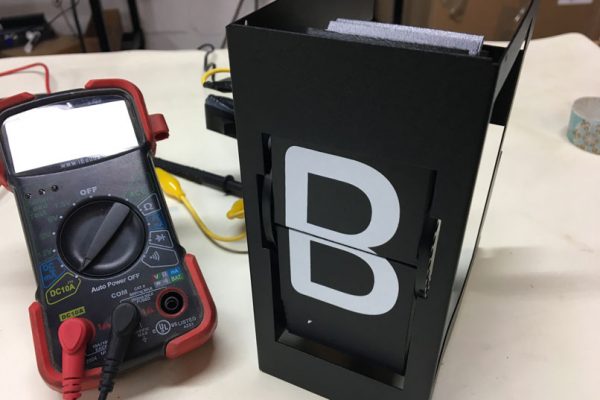 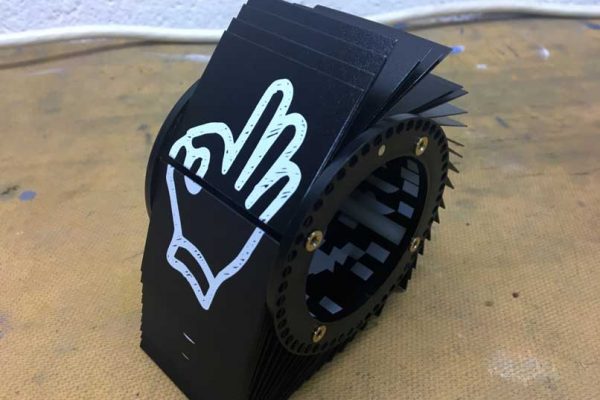 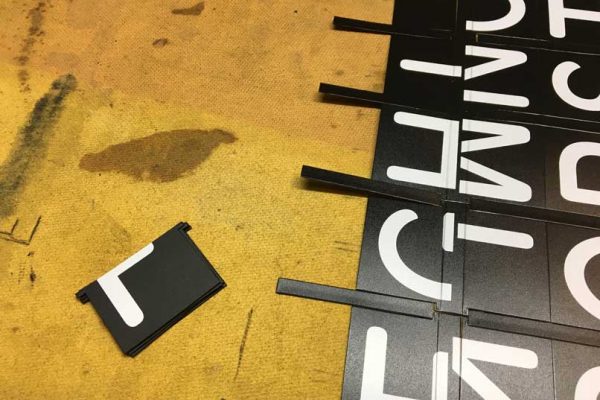 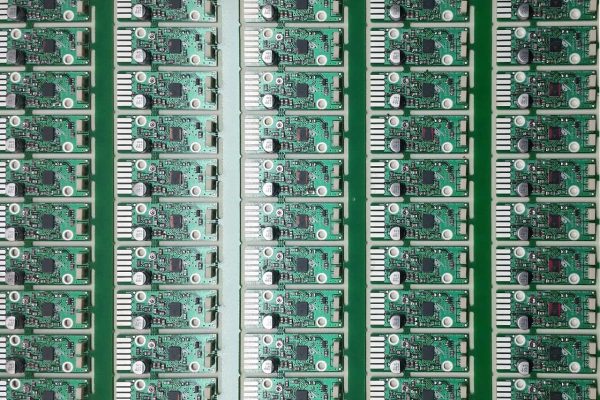 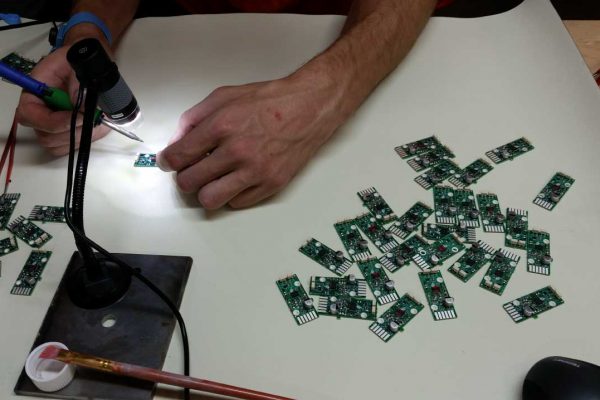