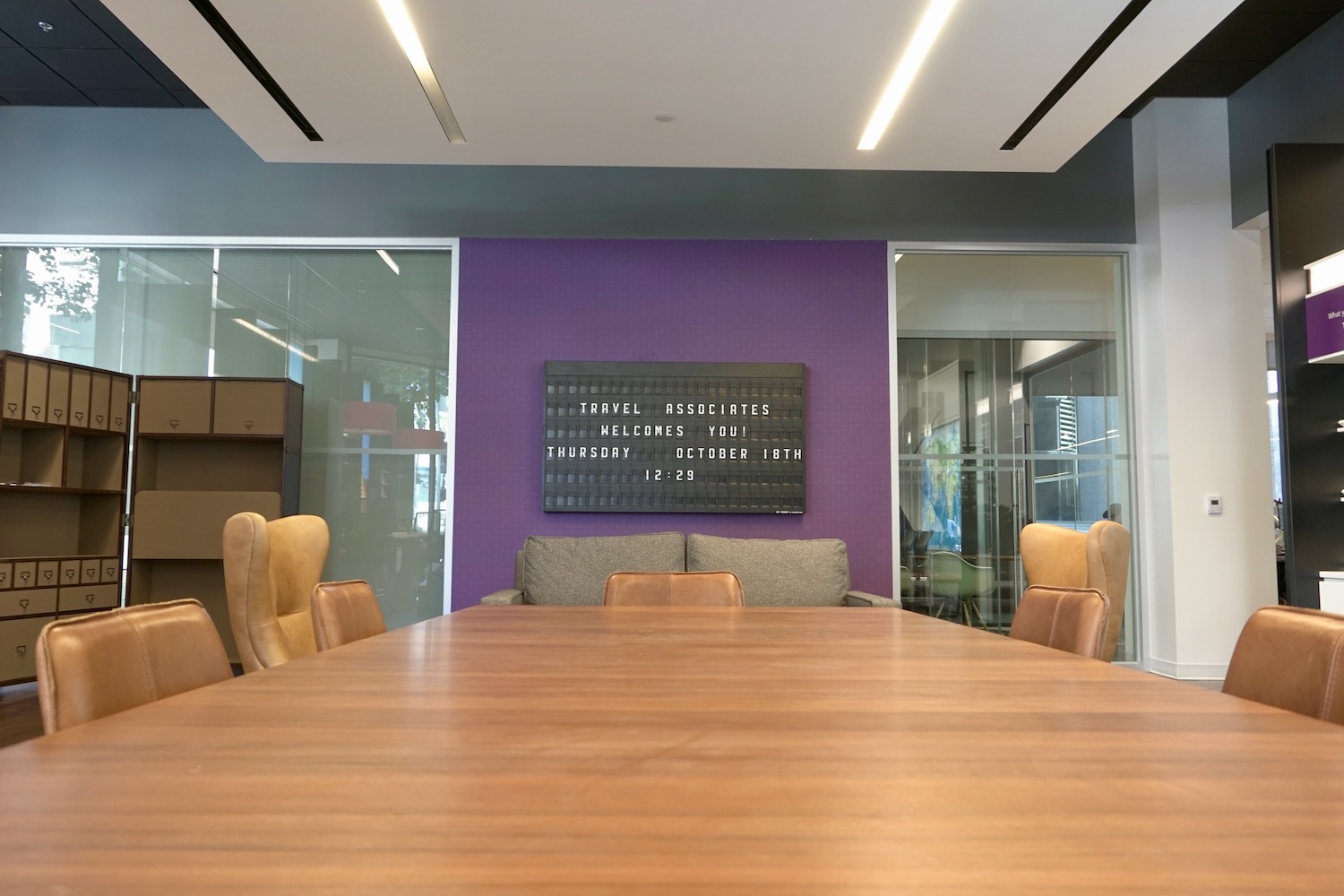 Known for offering the best prices on airfare and hotels around the globe, Flight Centre designs the ultimate vacation packages for its customers. In a crowded marketplace, the globally expanding company distinguishes itself by offering customers unbeatable value and unmatched travel consultant expertise.

That’s why, when designing the Los Angeles office, they wanted to create a unique experience that aligns with their brand reputation, and begins, quite literally, as soon as guests walk through the door.

First and foremost, they wanted to evoke the look and feel of travel, as they do in every corporate office, and make a big statement that provides guests with the ultimate travel inspiration.

To do that, they invested in an Oat Foundry Split Flap Display, a 21st-century version of the nostalgic ‘flickerboard’ that was a mainstay in 20th-century travel terminals. Originally used to display flight times, destinations, gates, and terminal information.

Oat Foundry built a 6-row-by-24 column Split Flap Display to welcome guests in Flight Centre’s main lobby. The display greets visitors and immediately transports them to another time and place.

In addition to engaging guests, the Split Flap Display also matches the tone of Flight Centre’s corporate culture, perfectly blending their fun, open environment and passion for travel that has led to their continued success.

While the exciting sound of the flaps clacking is the same of yesteryear, Oat Foundry’s Split Flap Display is smart, allowing Flight Centre to easily change and automate messages from the web-based application.

Back to the Blog